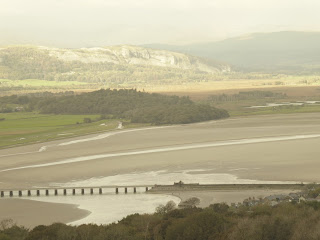 Here is the latest news from BSBI President Lynne Farrell, who in September visited a waterfall and some ancient stones and took part in lots of Zoom meetings.

So what did October hold for our locked-down President?

"This month has involved many more Zoom meetings with the autumnal round of various committees so it has been good to escape outside occasionally, although the weather has not been brilliant and the general situation is of ‘doom and gloom’. 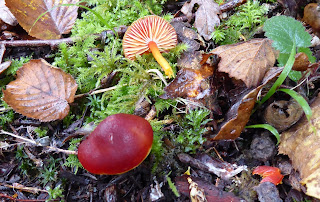 There has also been time to parcel up and send off specimens to BSBI's expert referees and County Recorders, hoping that they prove to be of interesting species.


The autumnal mists have definitely descended in the west (photo above right shows the view across the northern part of Morecambe Bay), and fungi are appearing.

The Waxcaps are well-represented and often colourful: the photo on the left shows a Red Waxcap. The Grassland Fungi book by Elsa Wood and Jon Dunkelman, published by Monmouthshire Meadows Group, illustrates some of them. 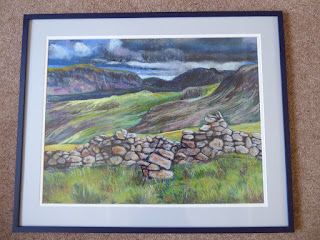 I’ve continued my artistic work and here (on left) is my latest pastel of the Ennerdale area.

The Society of Botanical Artists often exhibit at our Annual Exhibition Meeting in November and many of our BSBI members are good illustrators too, as can be seen in our Handbooks and recent publications.

One of the best illustrators, in my opinion, was Stella Ross-Craig and even though she produced eight volumes, they do not cover all the British Flora. 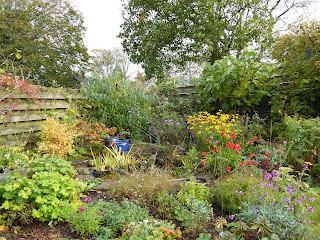 Another prolific artist was Marjorie Blamey, a member of BSBI and the Wild Flower Society, who died recently, and who illustrated many field guides especially for the Mediterranean and Europe.

Then there is Marian North, whose tropical plant pictures feature in her gallery at Kew. But not all botanical artists are women.

So to brighten up life at the moment I'm sending you a few colourful images, including one from my garden (on right) and one from Holehird Gardens (below), near Windermere where they have three national collections – Daboecia, Astilbe and Polystichum". Click on any of the images to enlarge them. 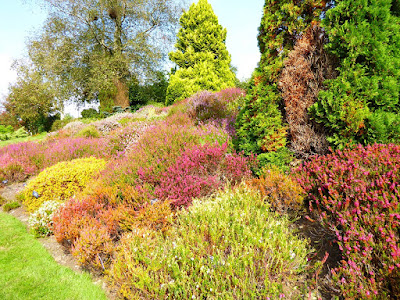