2020: BSBI members rose to the challenges of lockdown

As this strangest of years draws to a close, it's a good time to look back on everything that BSBI members achieved in 2020. The year started with our ninth New Year Plant Hunt which attracted a record number of participants: 1,714. In late March, just as the botanical season was about to start... well you all know what happened.

Probably a good job that 2019 was our final year to go out recording for Atlas 2020 - this year was always meant to be the year when plant records were checked and uploaded and by the end of March, around six million records had been added to our Distribution Database, taking the total to more than 48 million*. Find out more about all our members' achievements up to the end of March in our Annual Review.

A fortnight after lockdown started, we launched our Garden Wildflower Hunt so that botanists could hunt for plants and collect valuable data while following Government restrictions to stay at home. By the end of April, our wonderful members and supporters had submitted more than 9,000 records of wildflowers in gardens.

From May onwards we started offering online training webinars and supporting webpages on the identification of dandelions, ferns, grasses, aquatics and stoneworts and we set up a BSBI YouTube channel to share videos of the webinars. The YouTube channel also proved handy later in the year when we moved our Scottish Botanists' Conference and Annual Exhibition Meeting online and then made all the talks available via YouTube. We were fortunate to receive funding from NPWS, CeDAR and the Heritage Lottery Fund to make all these projects and activities possible.

Our scientific journal, British & Irish Botany, went from strength to strength with four issues throughout the year including a paper on Europe's newest fern, which attracted international media interest. We also made sample issues of our membership newsletter available to non-members and December saw the launch of a new mid-monthly eNewsletter - more than 1000 people signed up to receive the first issue. In all these ways we are meeting the goals laid out in our new Strategy for 2021-4. 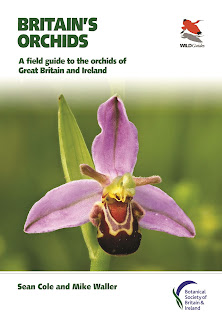 Only one new BSBI Handbook was published in 2020 but there are ten currently in the pipeline, with two due for publication early in 2021 and as always, there will be large discounts for BSBI members, as there were for Britain's Orchids which featured BSBI distribution maps.
We were also contributors once again to RBG Kew's report on the State of the World's Plants & Fungi - Kevin Walker, BSBI Head of Science, and Pete Stroh, Scientific Officer for England, were co-authors on this paper which included BSBI plant data.

As 2020 draws to a close we are delighted to report that membership has continued to grow, with 3,260 members as of today, and the contributions of two long-standing BSBI members have been acknowledged in the New Year Honours list: Oxfordshire botanist/ ecologist Dr Judy Webb is awarded the British Empire Medal and Dr Steph Tyler, Chair of BSBI Committee for Wales, is awarded OBE. Congratulations to both of them.

Who knows what challenges we will face in 2021 but we do know how we will be starting the year - our tenth New Year Plant Hunt kicks off at one minute past midnight on New Year's Day and we hope that you will be able to take part, as long as you can do so while following Government guidance and staying safe. Plant records are important but the safety and health of our botanists is even more important, so please look after yourselves and have a very Happy New Year!