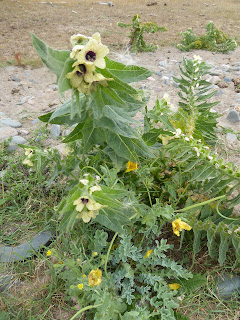 "The weather has certainly hotted up in the past month and some extreme temperatures have been felt all around Britain and Ireland. This might well have attracted people to aquatic habitats and coastal areas. Now, at the beginning of August, a weather front is sweeping in, bringing heavy rain and strong winds, battering down the plants in our gardens and in the wild.

The last few inclement days have provided me with an excuse to watch the Olympics, and I discovered that seeing the events unfolding live in the early morning was infinitely preferable to watching the review in the evening, so my usual timetable has changed too, and will revert to normal soon.

The hot temperatures and bright sun actually made me retreat to shady areas when outside and the local lime trees, many of which are Small-leaved lime Tilia cordata in Cumbria, are laden with flowers, which the bees appreciate. After a dearth of honey last year, this will be a bumper season. 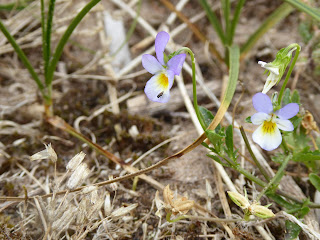 Pollinators such as hoverflies have been late emerging and now are flying strongly. The large Fritillary butterfly species have benefitted from the warmth and good numbers have been observed allaying concern that many were disappearing in some parts of Britain. Earlier species did not fare well. The butterflies woke up early too in the morning sun so counting and photographing them on my weekly transect walk was challenging. Luckily part of the walk is in the shade. 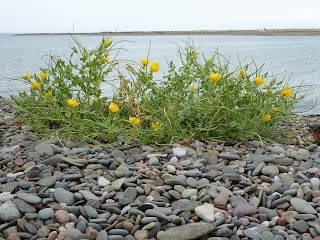 However, choosing an overcast day with tolerable temperatures, was definitely required for a visit to South Walney island nature reserve to enjoy coastal breezes and plants that love exposed areas. Viper’s Bugloss Echium vulgare catches everyone’s eye due to its abundance and striking colours. The rarer, and poisonous Henbane Hyocyamus niger,  (top right) is also attractive but only to look at.

Sea Holly Eryngium maritimum is also a coastal species being found at the back of the dunes, often where they are just stabilising, whereas Yellow horned-poppy Glaucium flavum (on right) prefers the shingle banks. Wild pansy Viola tricolor ssp. curtisii (above left) which occurs both in dunes and further inland on heaths, quickly shrivels up in the heat. So I hope you have all survived this hot spell".