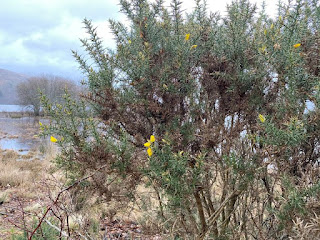 The 2022 New Year Plant Hunt (NYPH) kicked off today and by 10pm, thousands of records of wild and naturalised plant species in bloom were displaying on the Results page of the NYPH website and almost 400 different species had been recorded (some awaiting verification).

Hundreds of people had been out recording across Britain and Ireland, from the Isle of Skye to Kent, from Guernsey to Tyneside, from Donegal to Co. Cork and from Dublin to Killarney. Their aim: to add to the body of evidence about how our wild and naturalised plants are responding to changes in autumn and winter weather patterns. This was, after all, the warmest New Year's Day on record, according to the Met Office, and there has been speculation in the media (citing evidence from previous New Year Plant Hunts) about how this might affect our wildlife.

So, what did our plant hunters find? 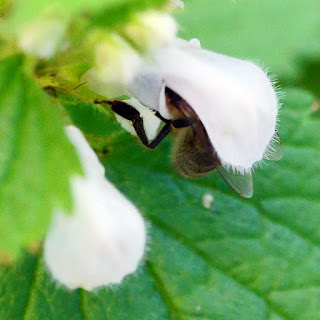 There were some surprises but also many of the usual NYPH suspects: Sarah Watts, Chair of the Mountain Woodland Action Group, found Gorse, always near the top of the the list of Plant Hunt most frequently recorded species, blooming at the head of Loch Tay (image above right);

in Cambridge, Roger Horton spotted White dead-nettle (currently at number 6 on the list of most frequently recorded Plant hunt species) and one plant had a bee nestled inside one of the flowers: a reminder of how important wild flowers can be for pollinators and other wildlife in midwinter (image on left);

and in Kerry, photographer and horticulturist Marc Cruise and his son found 21 species in bloom, including Common Field Speedwell, another Plant Hunt regular (image below right), currently at number 10 on the list of most frequently recorded Plant Hunt species. 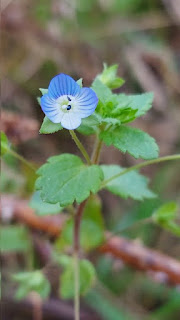 Also in Kerry: Strawberry Tree, the subject of a recent and very well-received paper in British & Irish Botany, was blooming merrily by Lough Leane near Killarney, as it does most years.

Jessica Hamilton and her team braved some very blustery weather to record 28 species in bloom, including that Strawberry Tree and a surprising Ivy Broomrape (image below left).

If you want to know more about these fascinating parasitic plants, check out this interview with national expert Chris Thorogood, co-author of the BSBI Handbook on Broomrapes of Britain & Ireland.

Some plant hunters went out alone, or with family or friends - thanks to recent uncertainties around what would or wouldn't be possible at New Year, we didn't see nearly as many group hunts as we used to, pre-Covid.

But there were some group hunts across the country, such as in Northumberland, where James Common and his team (image at end of blogpost) logged an impressive 56 species in Heaton, using Simon Harrap's Wild Flowers to check their findings. Simon will be leading his own hunt on the Bayfield Estate tomorrow morning (details here if you want to join him). 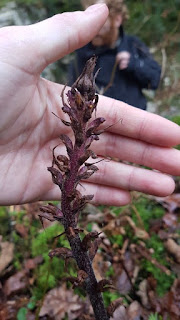 In Norfolk, the 'Cromer Dream Team' notched up 78 species in bloom - they are currently sitting at the top of the 'List of Longest Lists'. What is their secret? I can divulge that they were fuelled by not one but two cakes today: top botanist Jo Parmenter shared a picture this morning of the delicious-looking chocolate & apricot brioche she had baked to sustain her hunters and later she let slip mention of a Victoria sponge as well... the message seems to be, if you want to get ahead with plant recording, get a cake or two!

But it's equally important for plant hunters to let us know if they found nothing at all. Author and horticulturalist Lin Hawthorne, and Wild Flower Hour leader Rebecca Wheeler, each ventured out into inhospitable upland habitats (one in Yorkshire, one in Lancashire) and found nothing flowering. This is valuable evidence: if any wildflowers had been in bloom, these ladies would have found them. It's just as important for us to know what isn't flowering, and where, as it is for us to receive long lists like the Cromer list.

Richard Moyse went out hunting in Kent, and was delighted to find Field Woundwort (image below right) in bloom - not a plant you see every day. And Miles King was gob-smacked to find both Burnet-saxifrage and Bulbous Buttercup flowering in Dorset - definitely not species you would expect to find blooming at New Year. 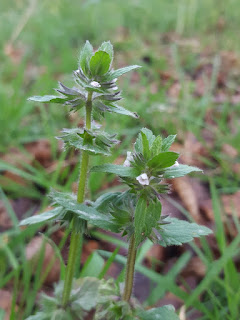 So, well done to all our plant hunters, especially because, sadly, things didn't go entirely smoothly today. Our new recording app - which was subjected to extensive road-testing and tweaking throughout December by volunteers across Britain and Ireland - did not perform as well as we'd hoped. If it had, we'd probably see many more records on the Results map tonight!

And the server which hosts the main BSBI website as well as the New Year Plant Hunt micro-site also found itself a little overwhelmed by all the traffic. Today was also, as is traditional, the day that applications opened for BSBI grants to attend training courses and carry out plant study and research, so lots of people were visiting our websites. At several points throughout the day, our server did the IT equivalent of going back to bed with a couple of aspirins and a hot-water bottle, but by the end of the day things seemed to be pretty much back to normal, thanks to sterling work by our tech guru Tom Humphrey.

Huge thanks to all of you for bearing with us and fingers crossed things go more smoothly tech-wise tomorrow! If you fancy having a go at a Plant Hunt in your own area tomorrow, this page has all the links you need: to the recording app, to the guidance on how to use the app, info on what to record and for how long, how to get help if you need it... good luck! 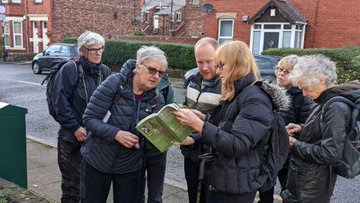