A note from Chris Preston:
Biological Journal of the Linnean Society volume 115 part 3 (July 2015) is devoted to biological recording, and it might therefore be of special interest to many BSBI members. The issue (guest-edited by H.E. Roy, C.D. Preston & D.B. Roy) marks the 50th anniversary of the Biological Records Centre and many of the papers are based on talks given at the celebratory conference held at the University of Bath in June 2014. In addition to an editorial introduction, there are 22 papers of which the following deal specifically with vascular plants: 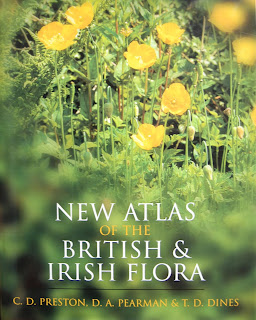 In addition, there are papers on the Biological Records Centre as a pioneer of citizen science and on bias in biological records, and reviews of the uses of biological records in general and in IUCN Red List assessments, in understanding biological invasions and in tracking the spread and impacts of diseases in particular.
More specific studies cover the history of the water beetle recording scheme (‘the oldest insect recording scheme’), the effects of air pollution on bryophytes, lichens and lichen-feeding lepidoptera, recent trends in the insects of early successional habitats, the impact of climate change on the northern range margins of a range of invertebrate groups and the effectiveness of protected areas in conserving species with changing ranges.


The remaining papers examine the future influence of emerging technologies and of molecular techniques on biological recording and discuss the pitfalls of ecological forecasting.

A final paper sets out a 10-point plan for biological recording in the next decade.

The publisher has arranged to make these papers available free-to-download for three months after publication so if you are interested in them, act quickly. For details, see:  http://onlinelibrary.wiley.com/doi/10.1111/bij.2015.115.issue-3/issuetoc
C.D. Preston
Posted by Louise Marsh, BSBI at 20:54