Win a copy of The Book of Seeds 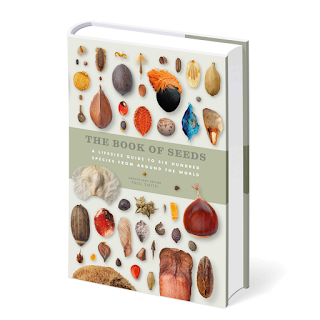 The Book of Seeds has just been published, a beautifully illustrated guide to 600 species from around the world, and we've teamed up with publishers Ivy Press to offer News & Views readers the chance to take part in a mini-quiz and win one of three copies of the book.

First, an extract from The Book of Seeds:

"Seeds are travellers in space and time—small packages of DNA, protein, and starch that can move over long distances and remain viable for hundreds of years. These packages have everything they need not only to survive, but also to grow into a plant when they encounter the right conditions.

"Seeds have developed a wide range of shapes and sizes in order to maximize their chances of survival, in particular through adaptation for the two most important stages of their development—dispersal and germination. 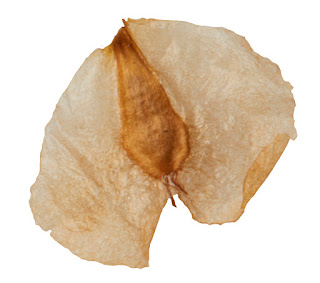 "Wind-dispersed seeds, for example, may be very small and light (such as those of orchids), or they may develop wings or other appendages that enable them to fly or float on air currents for long distances (such as those of birches and sycamore. Waterborne seeds, such as the coconut, have a thick, impermeable seed coat enabling them to float on water.

Animal- or bird-dispersed seeds - have a variety of adaptations that enable them to hitch a ride with their dispersers. These include hooks or grapples on their seed coats that stick to fur or feathers (for instance, those of Wood Avens Geum urbanum; tasty, often brightly coloured seed arils that are attached to the seed and picked up, carried away and eaten, leaving the fertile part of the seed to germinate (as, for example, in the Bird of Paradise); and a hard, resistant seed coat enclosed in a sweet, juicy fruit that enables the seed to pass through the gut of an animal or bird and emerge intact and ready to germinate (for example, the seeds of the Grape).

"A seed’s size, shape, and composition are also critical to a plant’s particular germination strategy. As a rule, large seeds (those the size of an acorn or larger) are programmed to germinate rapidly. Their seeds are not designed to last for very long or become dormant. In seed banks, such seeds are referred to as “recalcitrant” because they don’t store well. They are generally sensitive to drying and, due to their comparatively high water content, they can’t be frozen.

"Around 20–25 percent of seed-bearing species produce recalcitrant seeds, but the proportion is much higher (more than 50 percent) in wetter habitats such as rainforests, because in those conditions it makes sense for seeds to germinate rapidly and send out a root and shoot as quickly as possible to gain the water, minerals, and light the plant needs to outcompete others around it. To do this, a seed needs to have a comparatively large reservoir of food to draw on before it starts to photosynthesize. For this reason, recalcitrant seeds are larger than their “orthodox” counterparts. 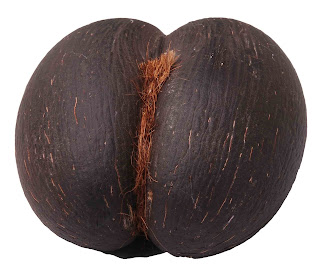 "Plants that grow in water-limited habitats will die if they germinate immediately and the rain fails to arrive. For these species, it makes more sense to persist in a dormant state until the conditions are right. Here, being small and desiccation-tolerant is an advantage. It is also unnecessary for a seed to have a large food store if light is not a limitation in its habitat, because the shoots it puts up won’t be fighting for light with its competitors.

"For many plants, there are trade-offs between their dispersal and germination strategies. For example, if a species’ dispersal strategy is being carried on the wind, then the plant can’t produce heavy seeds with large food stores. A particularly extreme example of such a trade-off that has led to the demise of the species is the Coco de Mer, which produces the largest seed in the world. This double coconut, with its enormous food-storage organs, can survive on its seed reserves for months, enabling it to establish in difficult conditions. 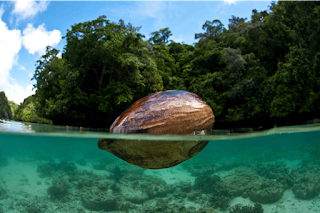 "However, due to its size and weight, this island-bound species doesn’t float, severely restricting its ability to disperse, unlike its cousin, the Coconut."

Paul Smith, author of The Book of Seeds (published by Ivy Press, RRP £30) has set the five quiz questions below.

If you'd like to win one of the three free copies, all you have to do to enter is email the correct answers to the following questions to graham.robson@quarto.com

Entries close on the 28th February and winners will be contacted for address details the following day.

Good luck! Here are the five questions:
Posted by Louise Marsh, BSBI at 23:57