Springing forth: May report from BSBI President Lynne Farrell 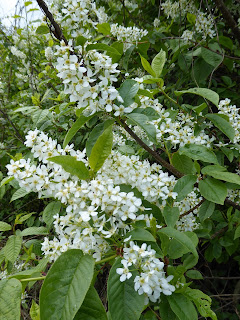 Last time we heard from BSBI President Lynne Farrell, she was dodging snow flurries to look at violets and blue moor-grass near her Cumbria home.

So, has spring finally sprung?

"There has been some rain and slightly warmer temperatures since my last blogpost and spring is on its way, even though we have had snow on the hills and hailstorms also recently. 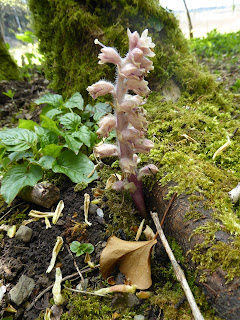 Both Alan Leslie, one of our BSBI members and the author of the recent Flora of Cambridgeshire, and Brian Eversham, Chair of Beds., Cambs. & Northants Wildlife Trust (and, of course, a BSBI member) have made detailed studies of Goldilocks Buttercup.

This is parasitic on a range of woody plants, especially Hazel, Ash and Elm but it is not easy to spot due to its pale pink or white colouring and it is often hidden beneath the trees.

Purple Toothwort Lathraea clandestina is a neophyte, scattered throughout Britain but less common, and mainly found on the roots of Alder, Willow and Poplar in wetter areas. 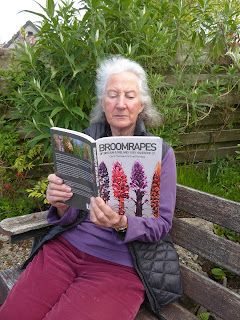 Both of these plants are in the family Orobancheae and feature in the new BSBI Handbook on Broomrapes.

My copy arrived recently and I'm enjoying reading this new addition to the series of BSBI Handbooks for difficult plants - the illustrations by Chris Thorogood are very colourful. A friend captured the image on the right of me engrossed in the book!

I also appreciated the members' discount on the cost of this book: a reminder that if you want to benefit from the discount you need to be a BSBI member and you will  need to order your copy before the end of June.

The contrast of the shining yellow of Cowslip Primula veris and the bright purple of Early Purple Orchid Orchis mascula (image below) stands out well in the meadows.

The annual count of Green-winged Orchid Anacamptis morio took place on a National Trust site near here, and even though the numbers were down overall, they had spread to new areas of the fields, which is encouraging news for the site managers". 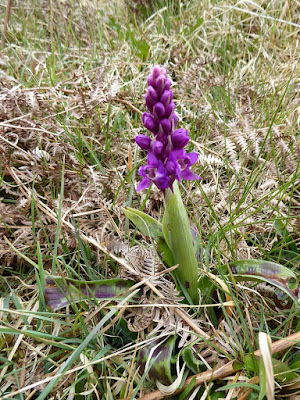