Ask a referee (if you are a BSBI member)

One of the many advantages of BSBI membership is access to our network of specialist plant referees. The BSBI Yearbook has twelve pages listing families, genera and aggregate species for which referees are available, and how to get in touch with them. Any BSBI members struggling to identify a plant, or who would would like a second opinion, can send a specimen to a referee and can expect to receive some really helpful advice.

Our referees are national experts in their particular plant group but do not get paid for providing this service, which is completely free, but only if you are a BSBI member and are not seeking help with commercial identifications - we are not able to do a consultant's work for them! There are also two Beginners' referees, so if you are just starting out in botany and would like some help, this is the service for you. The Yearbook is sent to you when you join the society, and you can start sending material to the referees straight away.


The photo on the left shows Ian Denholm and Richard Bateman, who are the two referees for the Orchid family (apart from Epipactis).  They have spent 30 years looking at British and Irish orchids, like this gorgeous Dactylorhiza kerryensis (above) photographed in Co. Cork.

Richard and Ian published a taxonomic reassessment of British and Irish tetraploid marsh-orchids in New Journal of Botany last year, and Richard's 2011 paper on the Military Orchid was also very popular. Ian will carry on as an Orchid referee even after he takes over as BSBI President in June. He is such an orchidophile that he will always make time to look at orchid material sent in by BSBI members!
Posted by Louise Marsh, BSBI at 21:24 No comments:

Any idea who wrote Britain's first ever county Flora? Or who first grouped plants under monocotyledons and dicotyledons? Or who, half a century before Linnaeus, asked ‘what is a species’ and came up with a definition that still stands up today?  The answer to all three questions is: John Ray, aka the father of English natural history.

John Ray (1627-1705) was an all-round naturalist, interested in mammals, birds, fish and insects as well as plants. As the Ray Society points out, "It was Ray's search for ... a natural order to life that laid the foundation for the studies of the natural world leading on to Linnaeus and to Darwin's 'On the Origin of Species'."

So, apart from his pioneering work and lasting influence on natural history, why else are botanists in the 21st century still talking about John Ray? One reason is the recent, award-winning, book 'John Ray's Cambridge Catalogue (1660)' by Philip Oswald and Chris Preston, two eminent BSBI botanists who also sit on our Publications Committee.


The Society for the History of Natural History applauded the "deep levels of erudition and scholarship their joint work revealed" and was impressed enough to award its Thackray Medal for 2012 to the authors, for this first complete translation of Britain's first county Flora, originally published in Latin in 1660. The Ray Society, who published 'John Ray's Cambridge Catalogue (1660)', has kindly agreed to offer a huge £30 discount to any BSBI member who wishes to buy a copy. Please email me at publicity@bsbi.org.uk so that I can reassure the Ray Society that you are a current BSBI member and then you will be able to order your copy for only £45 (usual price £75).
Chris Preston (pictured above left) spoke at last year's BSBI/RBGE Mapping Conference about natural history recording, and the enormous international influence our British botanists have had. Chris's paper will appear in the latest issue of New Journal of Botany (which also has a review of the book). The paper focuses on the last fifty years of recording, but if you want to find out where it all started, then you need to look at John Ray's first county Flora and find out why he is still lauded as the father of English natural history.
Posted by Louise Marsh, BSBI at 16:21 No comments: 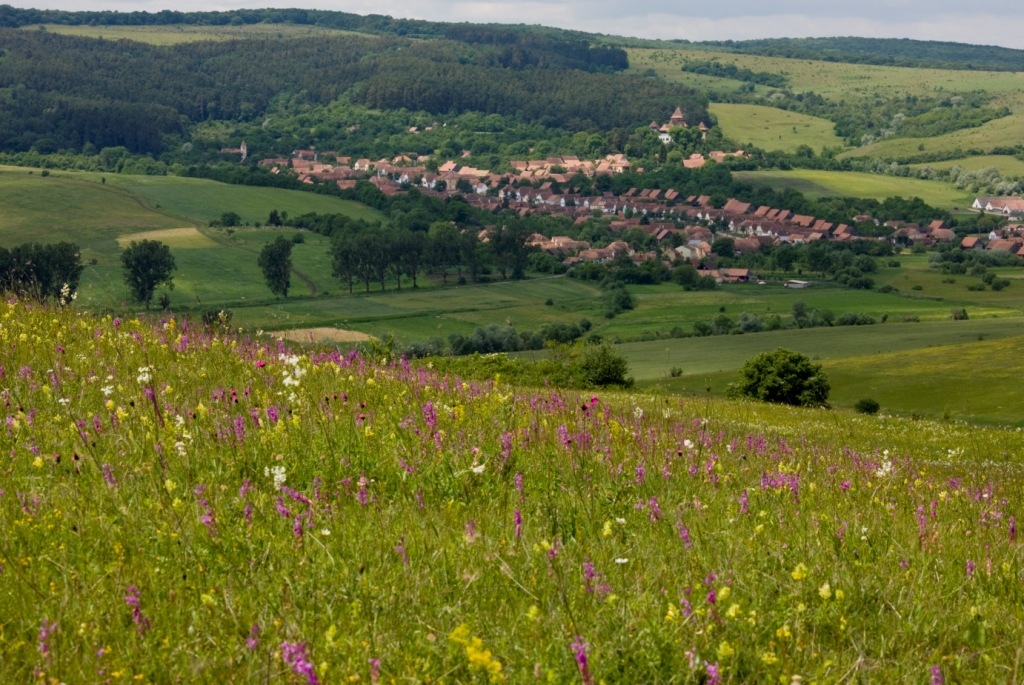 Carys Edwards has emailed us, saying: "We are looking for a field biologist who could help with meadow biodiversity surveys of the Tarnava Mare Natura 2000 region of the Carpathians in Romania (http://www.discovertarnavamare.org/). The dates would be from 26 June to 6 August and although this is a voluntary position, a flight bursary might be available and we would fund the on site costs for the surveyor. This is a beautiful part of the Carpathians and there is high biodiversity in the region as a result of the traditional farming methods being employed there. We are looking for someone who could help with initially classifying  grassland areas into either improved, semi-improved or unimproved grassland and then complete transects to make counts of the 30 indicator species that have been suggested in the unimproved meadows.

The person appointed would be leading groups of students who would be helping with the surveys and also learning from the surveyor. The programme is running as part of the Operation Wallacea Biodiversity research programme - see www.opwall.com." Carys has also sent us a photo (above) of the kind of habitat to be surveyed. Click on the photo to see how nice that grassland is.

Novel uses for plants... which lift the spirits and make us smile.

1. You can wear them; thank you to artists Riitta Ikonen and Karoline Horth for allowing us to link to their delightful and quirky images. I really want this twiggy hat (photo to right) for everyday wear and maybe the rhubarb hat for evenings. I challenge you to look at Riitta's and Karoline's images and not smile.

2. You can make music with them; whether you are a street musician in South America or an internationally respected string ensemble like the Kronos Quartet, a leaf can be very handy when it's time for that botanical solo (about one minute in).

Posted by Louise Marsh, BSBI at 23:27 No comments:

The last of the winter meetings. 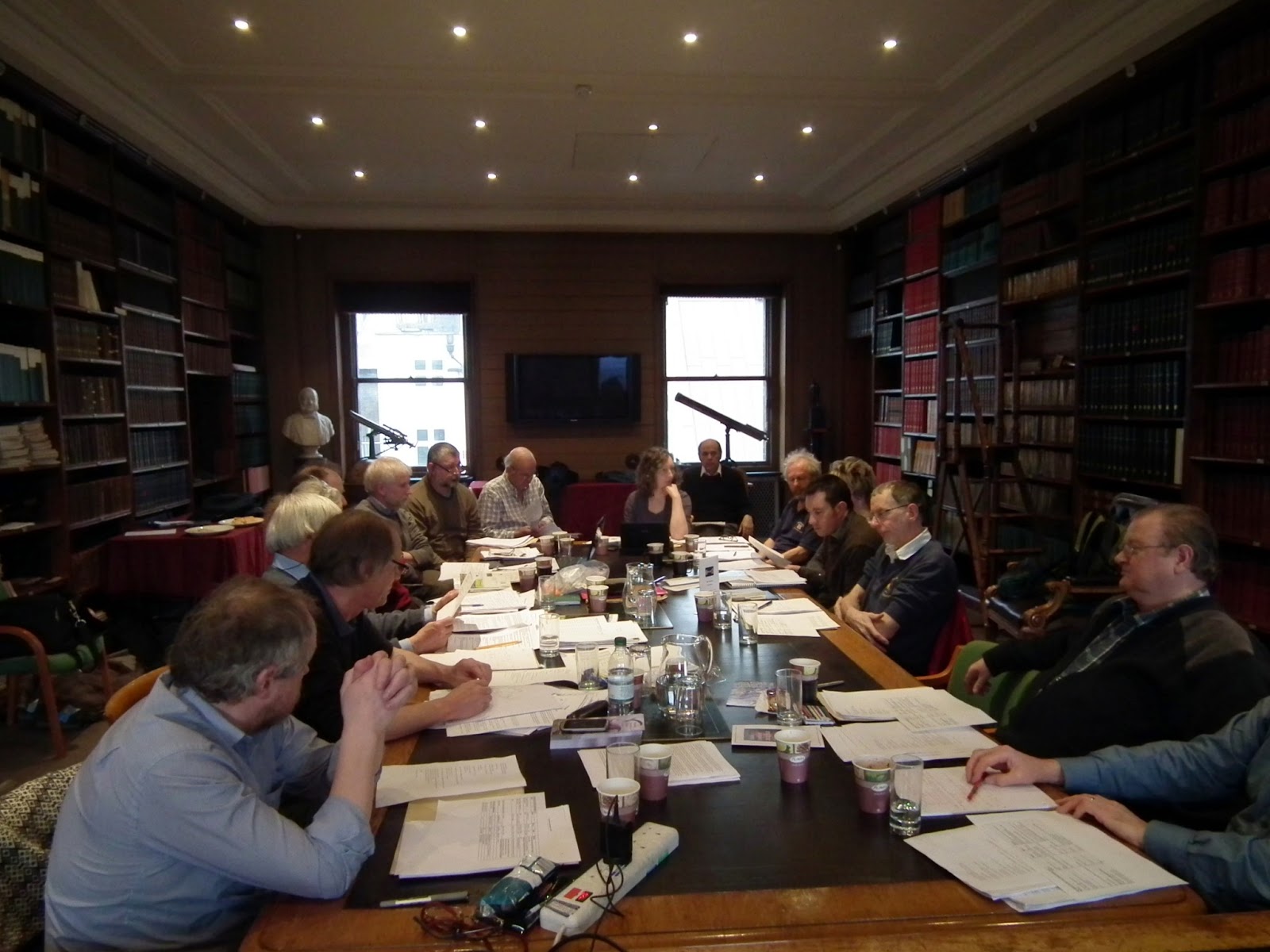 The winter season of London meetings closed the other week with BSBI Council, which met in a room at the Astronomical Society (hence the telescopes in the photo on the right) to grapple with a packed agenda. Subjects ranged from recording for a proposed Atlas 2020 to reports from the Committees and Officers, from ash die-back to the society's change of governance, and there was close scrutiny of accounts and budgets. Trying to distil everything you want to say about your area of expertise into a few minutes is quite a challenge, but the feedback from other Council members is always constructive and we managed to get through the whole agenda in three hours, under the skilful chairmanship of our President, Ian Bonner. 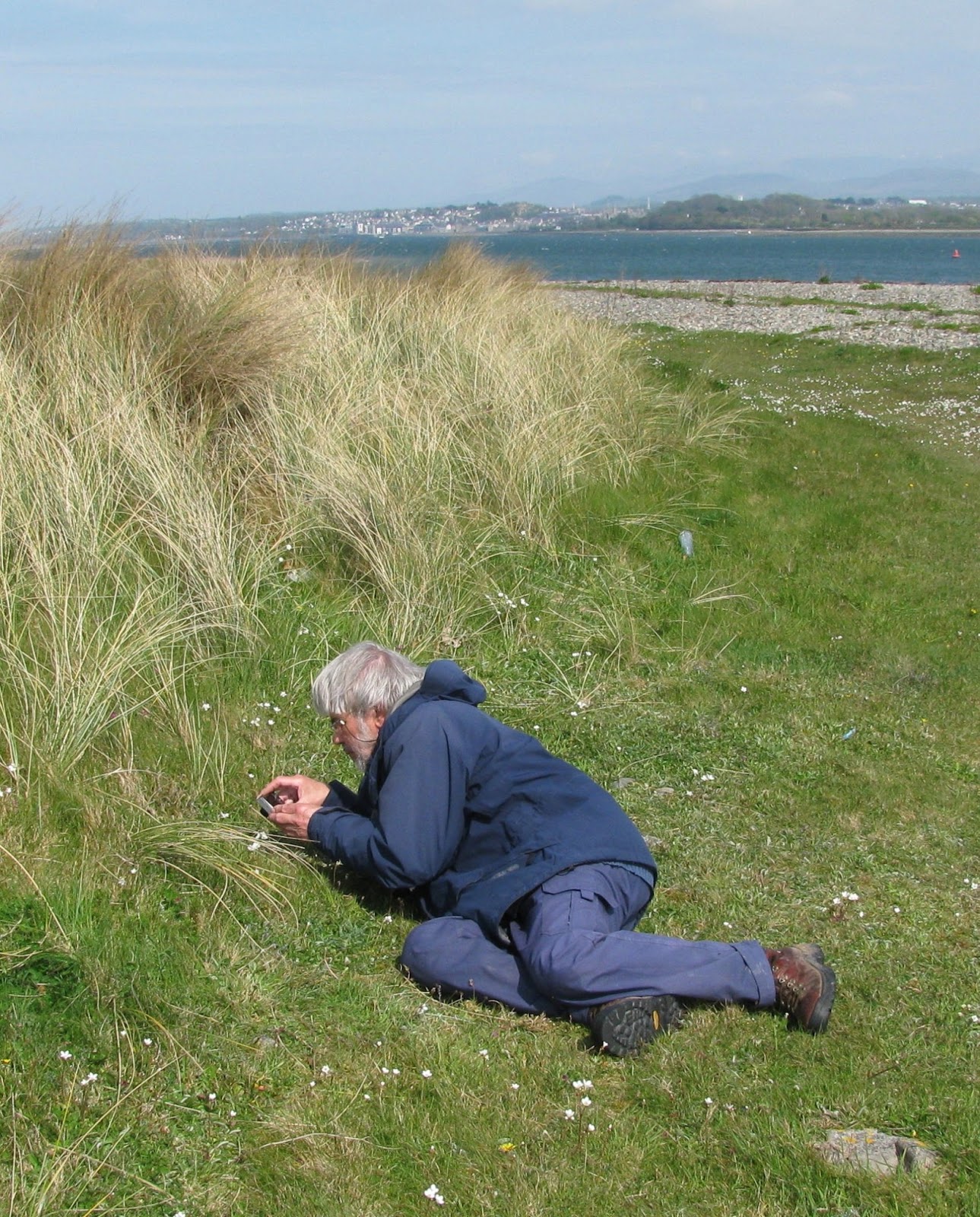 This was the final meeting with Ian in the Chair, as he stands down from the Presidency in June, on his home turf in Anglesey, where our AGM is being held from 11th-13th June at Beaumaris. Details of the AGM and the associated fieldtrips are here and you can see the Anglesey homepage here: Ian is one of two VC Recorders for Anglesey and is seen here (photo on left) looking at a population of Saxifraga granulata at Abermenai Point. Ian told me he was "delighted and slightly awe-struck by the high number of bookings" for the AGM and pointed out "the success of the whole event will rely upon help from many people and I'm very grateful for so many offers of assistance. Of course the weather is also going to be crucial!"

During his two years as President, Ian has overseen the blossoming of the Plant Unit and the launch of New Journal of Botany, encouraged all our publicity and outreach initiatives, and guided us towards this year's change of governance. I know Ian will thank everyone who helped him in these endeavours, but he will be too modest to mention what a pivotal role he played himself. So I'm happy to blow the trumpet for him!
Posted by Louise Marsh, BSBI at 18:42 No comments: