Back to some actual botany: Parnassia palustris 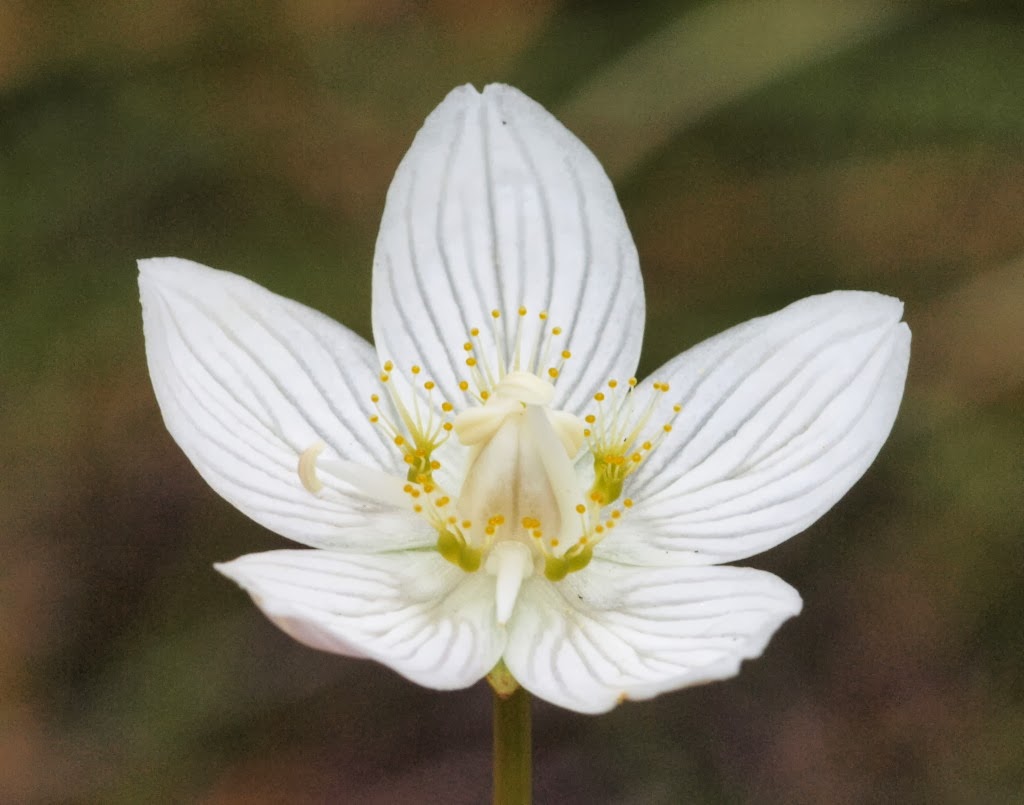 It's that time of year when we finally have a chance to write up all our botanical finds from 2013 and share them with friends. So I was delighted to hear from Dr Mary Dean, Lecturer in Biology and Associate Researcher at Edge Hill University, about some fieldwork that she and colleagues - headed by Phil Smith - carried out this year on one of our most photogenic wild flowers, Grass-of-Parnassus Parnassia palustris.

Mary says "Grass-of-Parnassus (Parnassia palustris) is one of our most attractive dune slack plants. It is a fairly common plant in and parts of and , although its range in southern has declined recently.  It is found along the extensive dune system of the  in 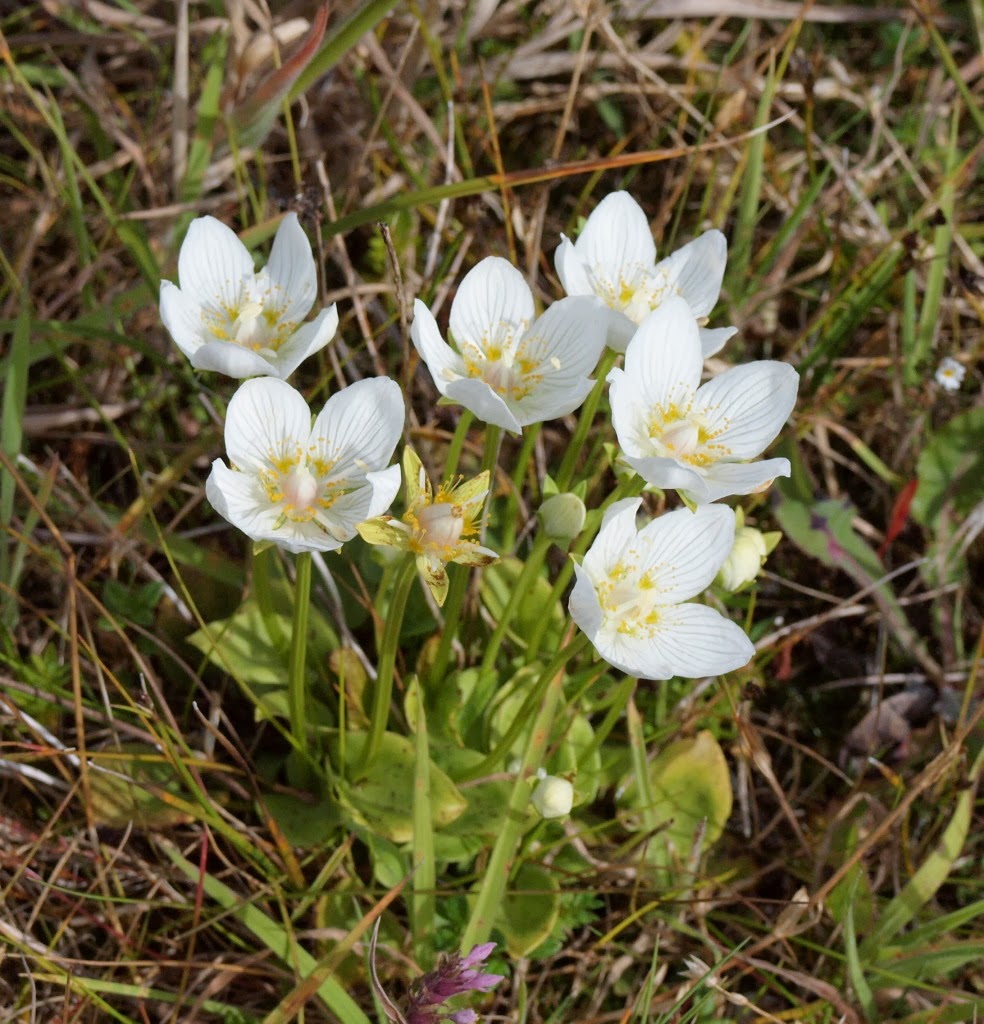 "In conjunction with Merseyside BioBank, a survey of Parnassia palustris took place on the in August/September 2013. Phil Smith organised the surveys and recruited forty-three volunteers to help with surveying to cover all the likely slack habitat in the sand-dune system. 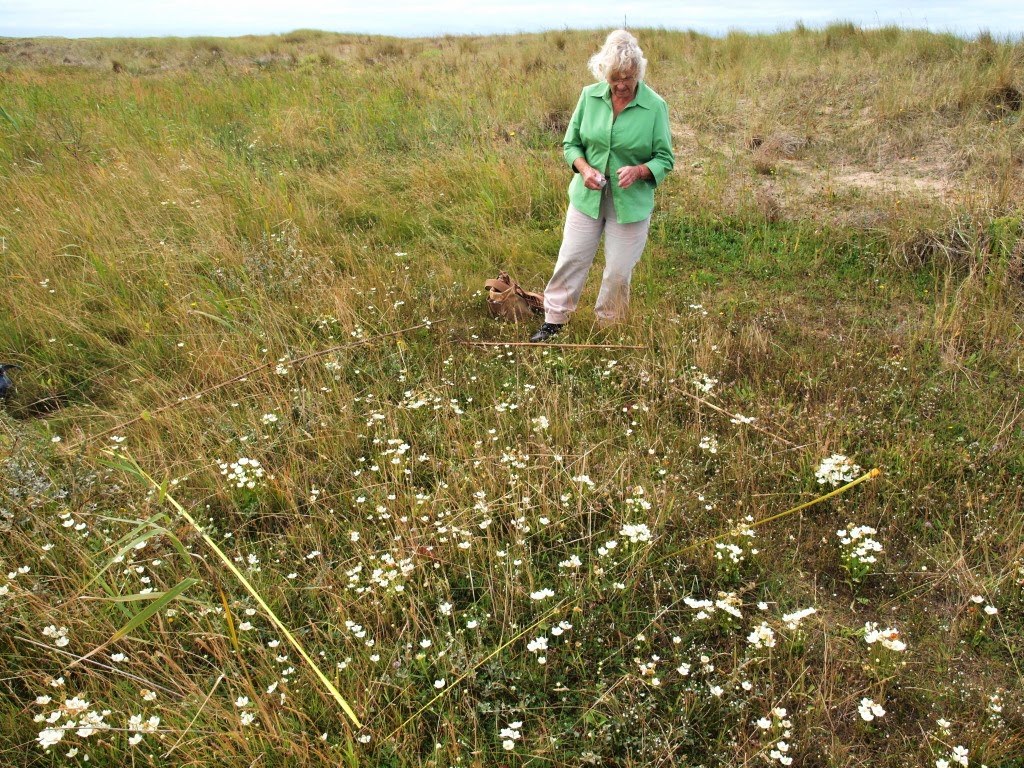 Pretty impressive to get 43 volunteers out surveying Parnassia, but anyone who has read BSBI News will have noticed that there is a lot of botanical activity in the Sefton/Birkdale area - botanists as well as plants.
I suspect that courses like the excellent MSc in Conservation Management at Edge Hill play a huge part in this. And it means that if you are visiting the area, there are lots of friendly local botanists who can advise you on where to go. In the nicest possible way!

Mary sent me the photos on this page (taken by Phil Smith) and has these results to report so far from their survey work: "Over 42,000 plants were counted, although it seems to have been a poor year for this species, due to prolonged deep flooding of the slacks from autumn to spring in 2012/13. Pat Lockwood [image above] can be seen counting the plants on the

Mary tells me that Phil Smith (possibly with Pat Lockwood) will be preparing a report on their survey work and they hope to publish in 2014. In the meantime, I'm putting "Visit Sefton again" into next year's diary.
Posted by Louise Marsh, BSBI at 23:52