Which herbarium is Susanne in this month? 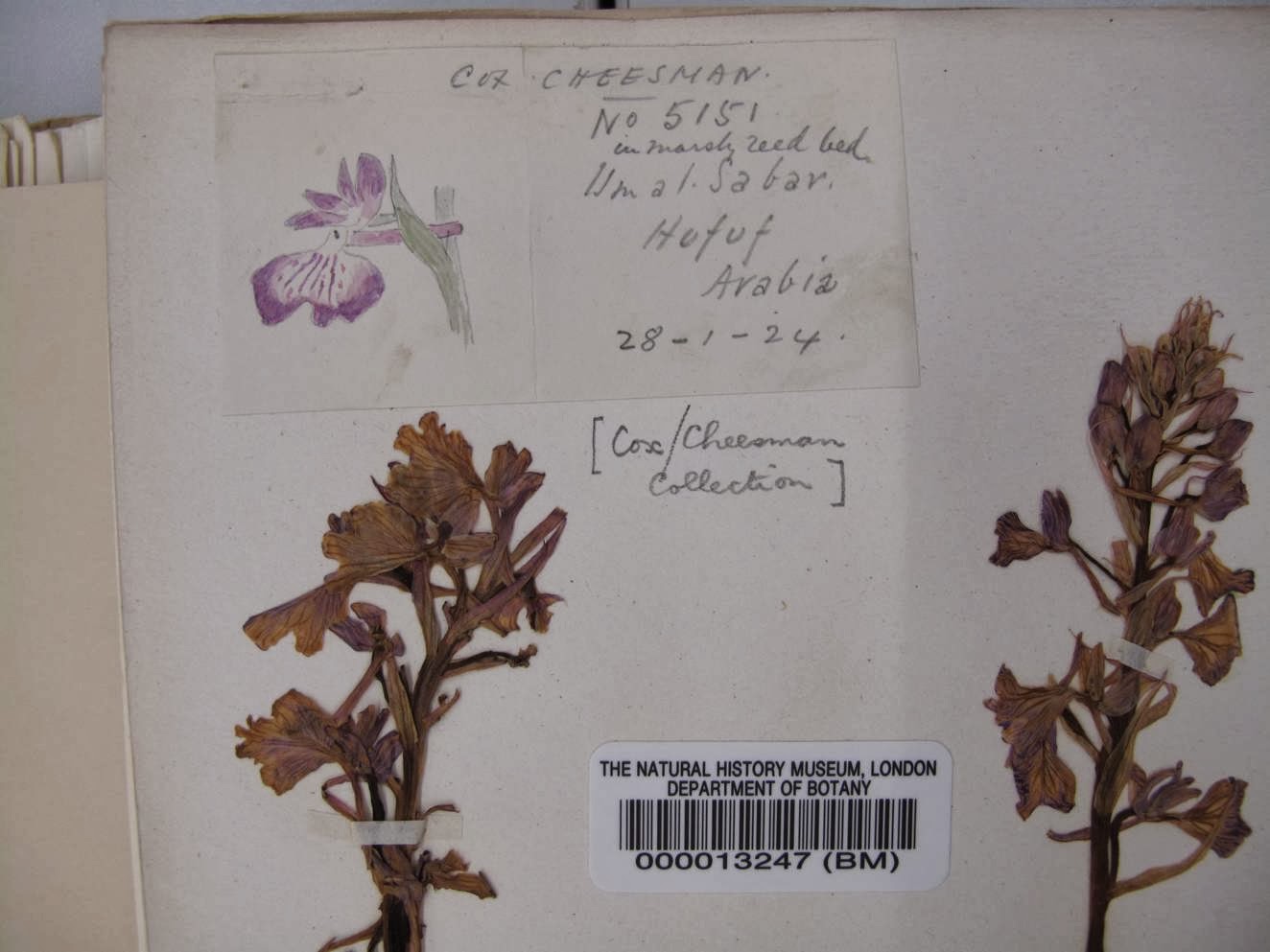 Apart from a short break hanging off a rope in Madagascar (to get a better look at an orchid), Susanne Masters has been hard at work researching the effects of collection and habitat loss on edible orchids in Turkey. This involves visiting a lot of herbaria; easily as much fun as hanging off a rope - try both and compare them, if you don't believe me!

Susanne emailed "I was at the Natural History Museum earlier this week, and while going through specimens for my research came across quite a few that really brought to life either the plants or the different stories attached to each specimen. 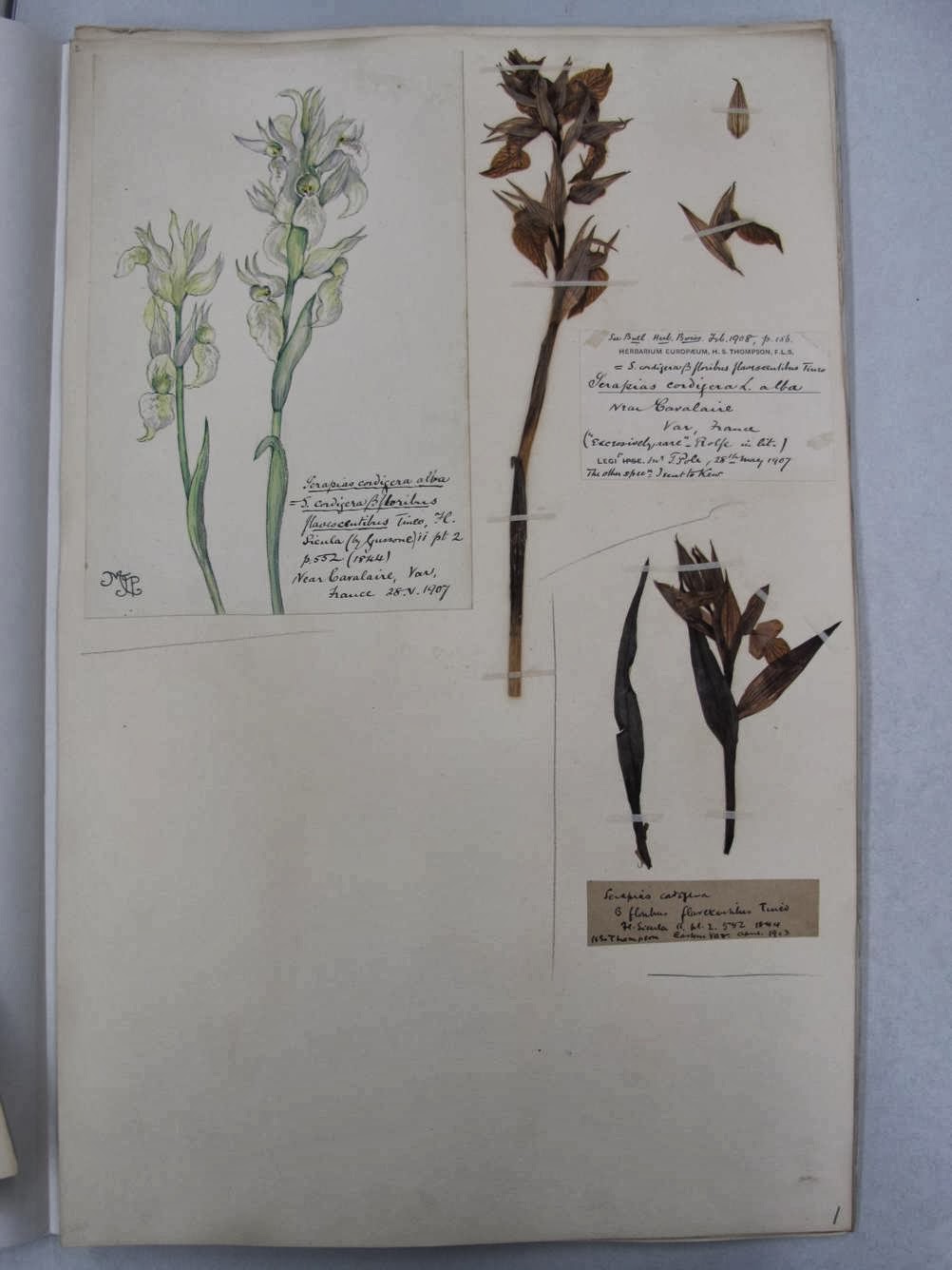 "APG3's rearrangement of plants has led to some changes in species names, and in the cataloguing of plant specimens. Using DNA was a significant component of APG3 and, as DNA techniques become more sophisticated, herbarium specimens are not only a record of morphology but also a resource from which DNA can be extracted and used to address current research questions.

"Before digital photography provided a cheap and accessible tool, painted illustrations were the way to capture the colours of flowers and leaves to accompany pressed specimens. In some ways careful painting reproduces the impression of a white-flowered Serapias more vividly than even the best photograph. 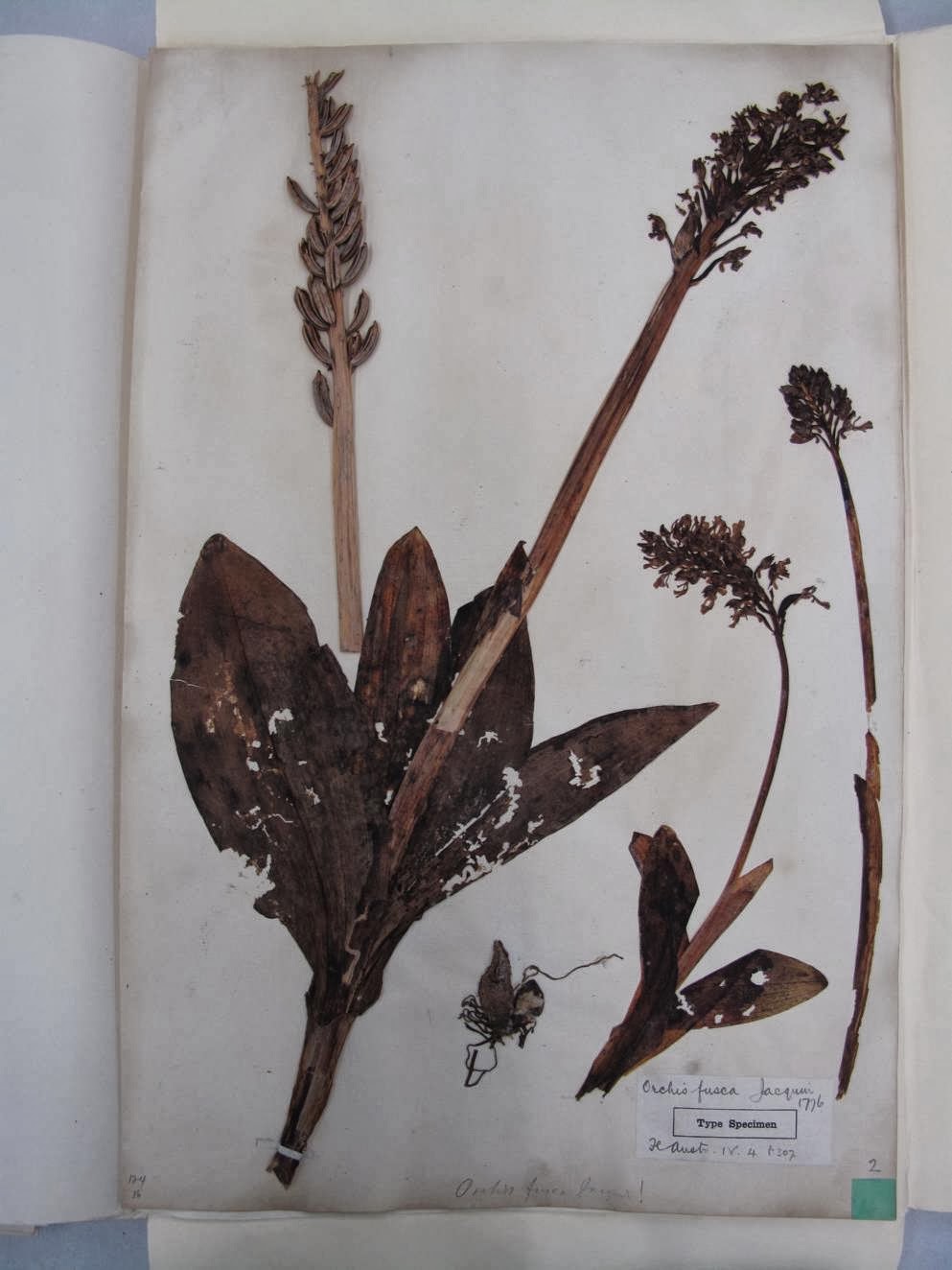 "A specimen that initially looked a bit insect-eaten and underwhelming was revealed to be somewhat more exciting on reading the accompanying text; the type specimen for Orchis fusca named by Jacquin in 1776 is currently officially known as Orchis purpurea Hudson (1762). I have seen sites where Anacamptis coriophora has been collected for salep in Turkey, so seeing an old specimen named 'Orchis exqua Salep' collected in Persia is an interesting image to pass on to an Iranian scientist based in Sweden who is working on the collection of orchids for salep in Iran. 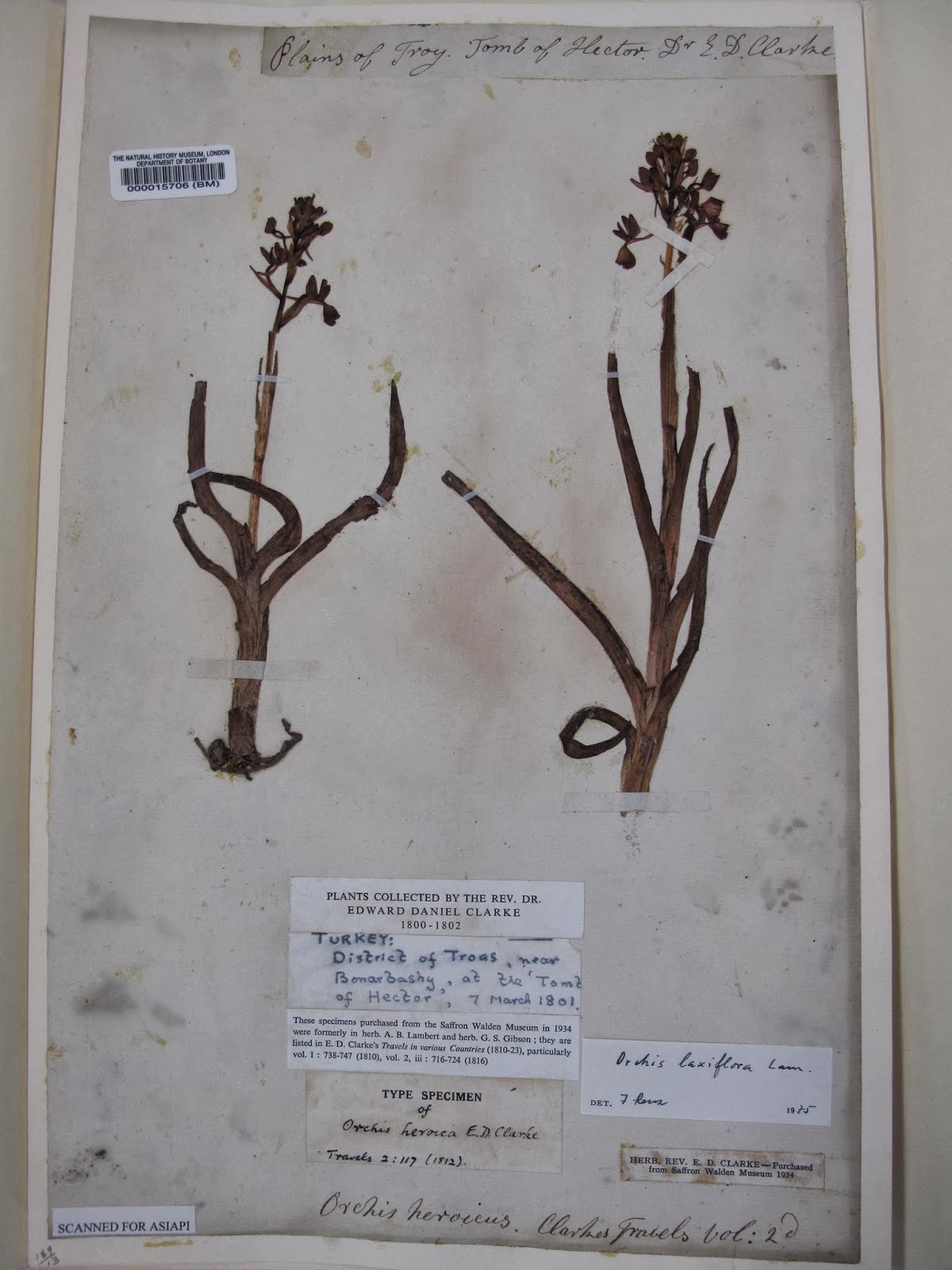 "Perhaps my favourite specimen was the type specimen of Orchis heroica collected by Reverend Edward Daniel Clarke. This plant is now known as Anacamptis papilonacea.

"Undoubtedly the Reverend's choice of name was inspired by the site of collection, the tomb of Hector in Troy.  200 years ago, the Reverend picked an orchid on a UNESCO World Heritage site that is believed to be the site of first contact between Mediterranean and Anatolian civilisations. Even without GPS equipment, the Reverend has left a message that exceeds human lifetimes - orchids used to grow around the ruins of Hector's tomb. My question is: do they still grow there?"

All images of herbarium sheets on this post are reproduced by permission of the Natural History Museum. Click on the images to enlarge them and read those all-important herbarium labels..
Posted by Louise Marsh, BSBI at 01:39