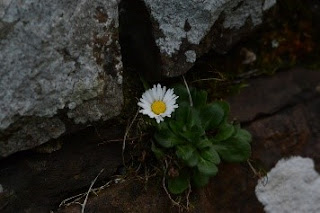 A quick update for you on this year's BSBI New Year Plant Hunt. Volunteers Ryan, Ciara, Ian and Richard have gone back to their day jobs, handing over to BSBI staff members Kevin and Tom, who are hard at work behind the scenes.

Kevin Walker, BSBI Head of Science, is working away on the analysis of 461 lists and 568 species recorded. These figures may change slightly as he is tidying up lots of little problems as he goes along. A grid ref to be clarified here, an ID to be confirmed there, lists inadvertently merged...

Meanwhile Tom, BSBI Database Officer, the driving force behind Herbaria@Home and all-round technical guru, is going through the responses from the feedback survey about using apps for recording wildflowers, both during New Year Plant Hunt and more generally. Huge thanks to 112 people who have taken part so far and given us some very useful comments. It's not too late to take part in the survey if you haven't already. It takes about 10 minutes to fill in if you answer all the questions about the New Year Plant Hunt. Or about 3 minutes if you didn't use the app or take part in the Hunt this year, but you want to go straight to the section where you can give your opinion on apps: https://nyph.bsbi.org/

We'd like to get a good cross-section of opinions on which to base any future plans. So we're also keen to hear from people who don't use apps at all and don't want to, thank you very much! 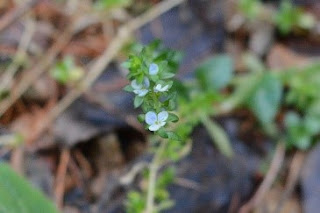 We'll report back with Tom's summary of the survey results later this month once you've all had a chance to take part. Before that, there's Kevin's analysis which is due out on Monday 23rd January, but in the meantime, here's what happened when two of our more northerly County Recorders ventured out to record for the New Year Plant Hunt in pretty unfriendly weather. Francis and Margaret Higgins have only recently taken over as County Recorders and this is what they found in bloom in Berriedale, Caithness:

"We were going to venture out on January 3rd but we had gale force winds – so not a day for walking in the woods. So, as the next day was the last day to take part in the BSBI New Year Plant Hunt we set out, even though it was still very windy and as soon as we left our house we found loads of daisy plants (Bellis perennis) but realised that it was just different species we must count, not individual flowers! We walked from our house down to the bridges over both the Berriedale and Langwell rivers, and ivy-leaved toadflax (Cymbalaria muralis) was growing in the wall on one of the bridges with just one little flower. And beside the bridge we found a few ivy flowers, too (Hedera helix). 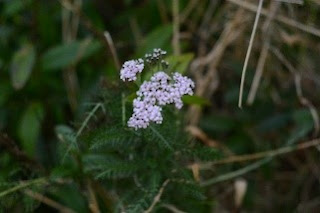 "We then made our way up through Berriedale woods, scanning as we went and found thyme-leaved speedwell (Veronica serpyllifolia). At the top of the track through the woods we joined the drive that goes up to Langwell House but we turned left and followed the road back down to the main road. There was gorse (Ulex europaeus) in flower on the bushes that hadn’t been cut back.

"Then we crossed over the A9 and looked in the waste ground near the old café where we found both Matricaria discoidea and Lamium purpureum and also lots of patches of Poa annua. On towards home, we found Senecio vulgaris and also Heracleum sphondylium. 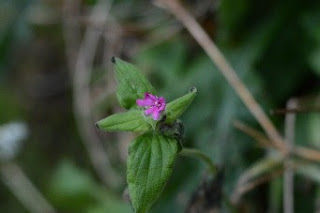 "On the old road that used to be the A9, outside our house, we found some pale pink Achillea millefolium by the hedge and, in our wild-flower patch at the back of the old smithy there was just one Silene dioica remaining and a very few Hesperis matronalis still hanging on, with some Cardamine flexuosa amongst the other non-flowering weeds in the garden. So endeth our first New Year’s Plant Hunt as new Joint Vice-County Recorders…"

Many thanks to Francis and Margaret for sharing their story. Their records were hard-earned and you will have noticed that the top 20 longest lists of species recorded here all come from the south and west of Britain & Ireland. But those Caithness records are just as valuable for Kevin's analysis, which is due out on Monday 23rd January. Watch this space!
Posted by Louise Marsh, BSBI at 23:58